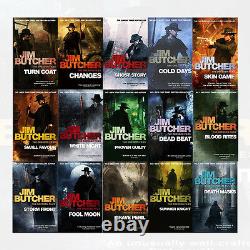 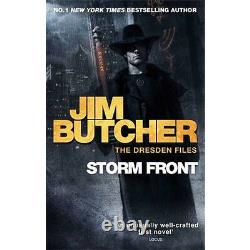 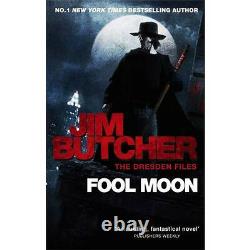 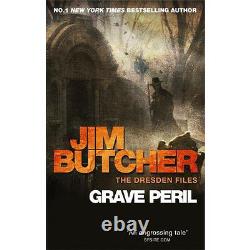 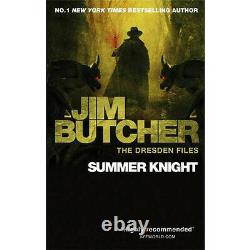 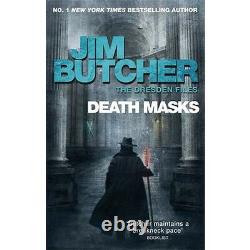 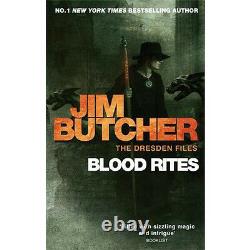 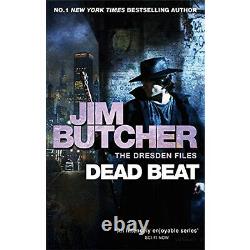 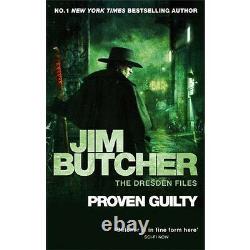 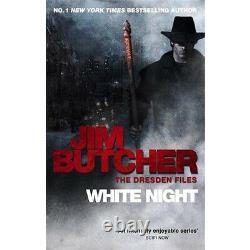 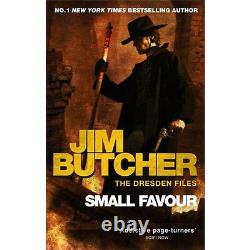 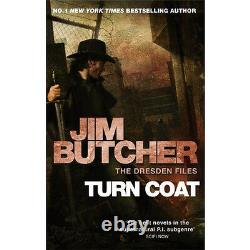 Harry is the best at what he does - and not just because he's the only one who does it. So when the Chicago P. Has a case that transcends mortal capabilities, they look to him for answers. There's just one problem. Business, to put it mildly, stinks. Business has been slow lately for Harry Dresden. Okay, business has been dead. Not undead - just dead. But lately, Harry hasn't been able to dredge up any kind of work - magical or mundane. Harry has faced some terrifying foes during his career. It comes with the territory when you're the only wizard in town.

But in all Harry's years of supernatural sleuthing, he's never faced anything like this: the spirit world's gone loco. Since his girlfriend left town to deal with her newly acquired taste for blood, Harry's been down and out. He can't pay his rent.

He's alienating his friends. He can't recall his last shower. Then when things are at their worst, the Winter Queen of Faerie saunters in with an offer Harry can't refuse. Harry Dresden should be happy that business is good - makes a change.

But now he's getting more than he bargained for: a duel with the Red Court of Vampires' champion, who must kill Harry to end the war between vampires and wizards; professional hit men using Harry for target practice; the missing Shroud of Turin (less missing than expected) and a headless corpse the Chicago police need identifying. Harry's had worse assignments than going undercover on the set of an adult film.

Dodging flaming monkey poo, for instance. Or going toe-to-leaf with a plant monster. Still, there's something troubling about this case. The Producer believes he's afflicted by an entropy curse - but it's the women around him who are dying. Luckily, however, he's not alone. Although most people don't believe in magic, the Chicago P.

Has a Special Investigations department, headed by his good friend Karrin Murphy. It's down to Karrin that Harry sneaks into Graceland Cemetery to meet a vampire named Mavra. Harry has no friends on the White Council of Wizards, who find him brash and undisciplined (and they may have a point).

However, now vampire wars have thinned out the wizards a little, they need him. A series of apparent suicides rings alarm bells with the police, and Harry is hired. At the first crime scene he hits pay dirt, discovering an unmistakable magical taint. There's also a message especially for him, and it ain't pretty.

The'killings' will continue if Harry can't halt his tormentor, but the evidence implicates his half-brother, which just doesn't add up. Harry Dresden is feeling happy. No one's tried to kill him in nearly a year, and the worst problem he's had lately is removing stains his apprentice bungled into his carpeting. Unfortunately, the past isn't looking nearly so optimistic.

An old bargain placed Harry in debt to Mab, faerie monarch of the Winter Court and the Queen of Air and Darkness. Harry has always tried to keep his nose clean where the White Council of Wizards is concerned, but past misdeeds haven't gone down well. Which places him in an awkward position. Morgan, formerly his chief persecutor on the Council, has been wrongly accused of treason. But even a career of narrow escapes and supernatural shenanigans hasn't prepared Harry for this.

A vampire with a grudge has kidnapped his daughter. A daughter he never knew he had. Furthermore, this vampire plans to use her blood in a violent ritual sacrifice - designed to kill Harry, his ex-partner Susan and their child. But he's forgotten his own golden rule: magic - it can get a guy killed.

Which didn't help when he clashed with unknown assailants with his murder in mind. And though Harry's continued existence is now in some doubt, this doesn't mean he can rest in peace.

Trapped in a realm that's not quite here, yet not quite anywhere else, Harry learns that three of his loved ones are in danger. You can't keep a good wizard down - even when he wants to stay that way. For years, Harry Dresden has been Chicago's only professional wizard, but a bargain made in desperation with the Queen of Air and Darkness has forced him into a new job: professional killer. Harry Dresden, Chicago's only professional wizard, is about to have a very bad day. As Winter Knight to the Queen of Air and Darkness, Harry never knows what the scheming Mab might want him to do.