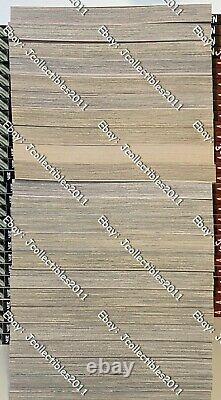 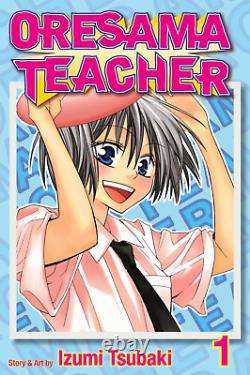 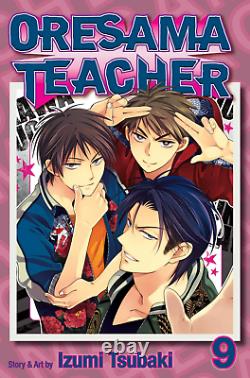 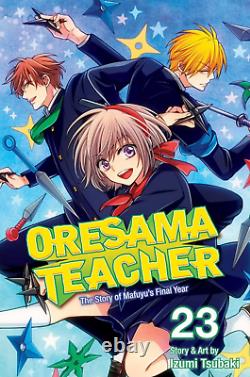 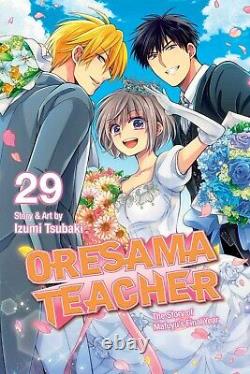 Brand New English Manga Graphic Novel Set Oresama Teacher Vol. Plot Mafuyu Kurosaki is a high school student who was a gang leader in Saitama Prefecture. However, after being caught by the police, Mafuyu is transferred to Midorigaoka Academy under the threat that she would be disowned if she ever gets into another fight. Determined to live a normal high school girly-girl life, she runs into Takaomi Saeki, her homeroom teacher who turns out to be her former childhood friend neighbor, a former delinquent and the reason why she became one herself. She soon discovers that Midorigaoka Academy is full of delinquents, good-for-nothings, and troublesome students.

Under Saeki's orders, she becomes a member of the school's Public Morals Club, whose goal is to clean up delinquency and to eventually improve enrollment figures. Starting in volume 5, there have been special 4-koma segment featured in the tankbon titled Tzainanboku? Which tells about the interactions between East, West, South, and North High's students. Some books may have yellowing on the sides due to long storage time. Every book came from the distributor brand new.

This item is in the category "Collectibles\Comic Books & Memorabilia\Manga & Asian Comics\Single Volumes". The seller is "jcollectibles2011" and is located in San Marino, California.

This item can be shipped to United States, Canada, United Kingdom, Mexico.