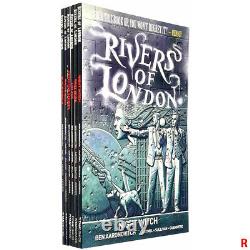 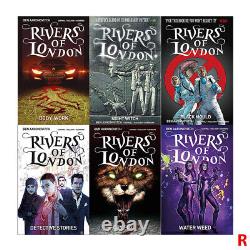 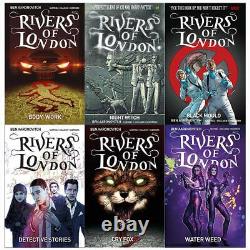 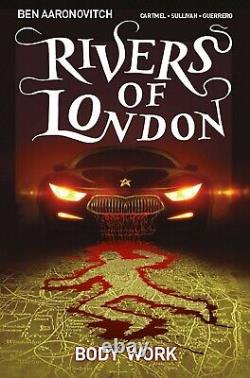 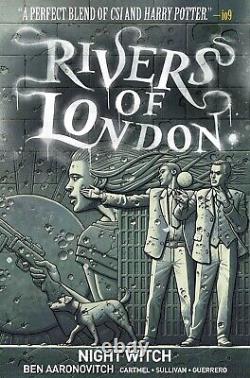 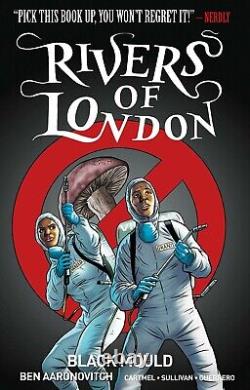 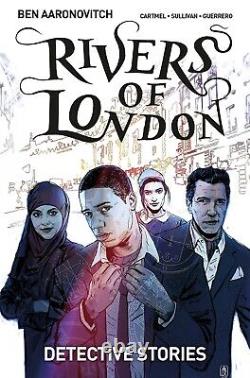 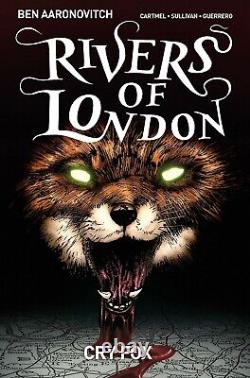 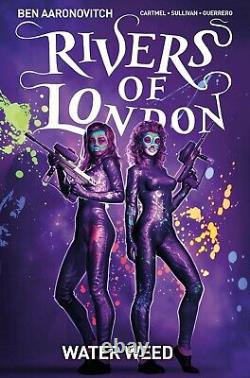 Press-ganged into helping a Russian oligarch hunt his missing daughter, PC Peter Grant and his boss, Thomas Nightingale, London's only wizarding cops, find themselves caught up in a battle between Russian gunmen, a monstrous forest creature - and their nemesis: The Faceless Man. But as Grant and Nightingale close in on the missing girl, they discover that nothing about this case is what it seems! Rivers of London Volume 3 Black Mould : ISBN : 9781785855108. CSI meets Harry Potter in this fantastic new graphic novel from Ben Aaronovitch, writer of the bestselling Rivers of London novel series!

Something dark and slimy is dripping through the walls of suburban London. Not the usual stuff, this mould is possessed by some dark power full of bad intentions. Looks like it's another case for London's one and only trainee wizard cop, Police Constable Peter Grant, and his reluctant partner, Sahra Guleed! Rivers of London Volume 4. CSI meets Harry Potter in this fantastic new graphic novel from Ben Aaronovitch, writer of the bestselling Rivers of London supernatural police procedural crime novel series! An anthology series of stories featuring Police Constable Peter Grant, his partner, Sahra Guleed, and their associates, as they tackle supernatural crime on the streets of London!

An all-new adventure for Ben Aaronvitch's laconic, way-past-cool but slightly geeky trainee wizard and budding detective, Peter Grant! Tying directly into the Rivers of London continuity. Aaronovitch is joined by Doctor Who writer Andrew Cartmel for this gripping new series. 4 Rivers of London Volume 5 Cry Fox : ISBN : 9781785861727. Vengeful Russian mobsters are looking to hire members of London's own more-then-natural underworld to bring bloody retribution down on the witch Varvara.

However, the ex-Soviet sorcerer is under the protective wing of London's own wizarding cop, Peter Grant (now a proper detective and everything), and to get the attention of Grant and his colleagues, the the daughter of a prominent Russian oligarch is kidnapped by parties unknown but possibly fox-like. 5 Rivers of London Volume 6 Water Weed : ISBN : 9781785865459. Spring Breakers meets Lock, Stock and Two Smoking Barrels on the banks of the Thames in this new graphic novel from Ben Aaronovitch!

When two of the less well-behaved River goddesses, Chelsea and Olympia, decide to earn a few quid on the side, Peter and Bev find themselves drawn into a sordid cannabis-smuggling operation, controlled by London's new queenpin of crime - the brutal and beautiful Hoodette! This item is in the category "Books, Comics & Magazines\Books". The seller is "bookwalla2011" and is located in this country: GB. This item can be shipped to United Kingdom.