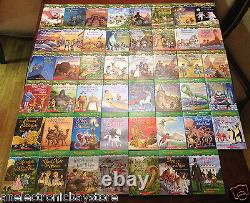 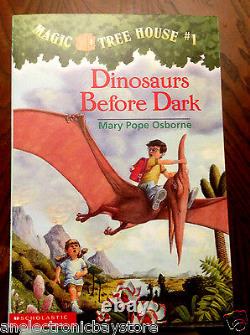 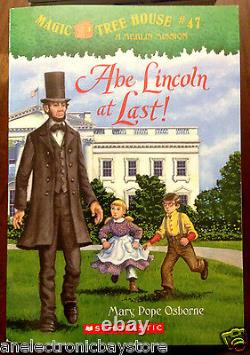 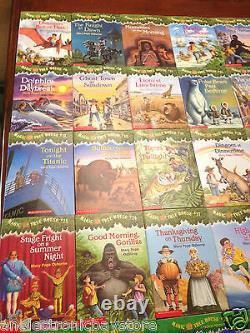 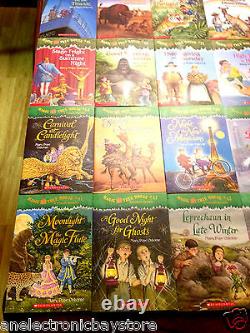 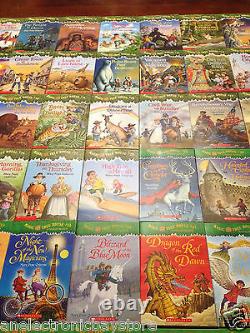 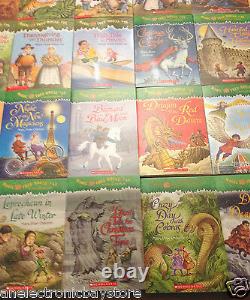 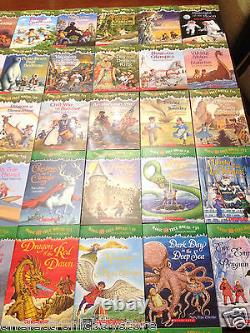 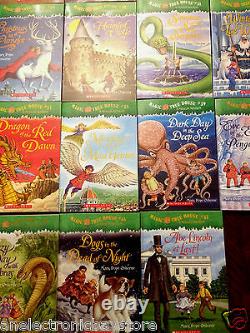 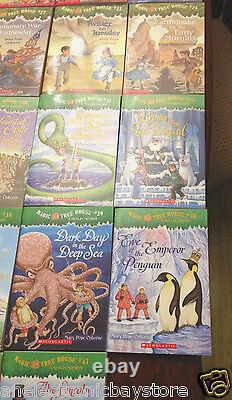 The Magic Tree House Series COMPLETE Paperback Set - Brand NEW and Unused Collection! All Paperback Books from the Original Magic Tree House Series. All Paperback Books from the Merlin Series. About the Magic Tree House. The Magic Tree House series is an award-winning series of children's books written by American author Mary Pope Osborne. The series consists of two groups. The first group consists of books 1-29, in which Morgan Le Fay sends Jack and Annie, two normal children from Frog Creek, Pennsylvania, on numerous adventures and missions with a magical tree house in order to help free Morgan from a spell, solve four ancient riddles to become Master Librarians, and save four ancient stories from being lost forever. The second group, referred to as the Magic Tree House "Merlin Missions, " begins with book 30, Christmas in Camelot. In the Merlin Missions, Jack and Annie have quests from the ancient wizard Merlin the Magician.

These books are longer than the previous 29, and some take place in fantasy realms like Camelot. Kathleen and Teddy are two apprentices who befriend Jack and Annie during their adventures, with one of these adventures being to free Teddy from a spell.

The two occasionally join Jack and Annie, and when they don't, provide them support instead. Books Included in Paperback Lot. Day of the Dragon King. Earthquake in the Early Morning.

Stage Fright on a Summer Night. A Big Day for Baseball. All Books listed below are from the MERLIN series. Christmas in Camelot (Merlin 1).

Including the Newest 56th Book! Night of the Ninth Dragon (M27). Yes, there are aren't 56 books pictured, the pictures came from an earlier set, but you will receive 56 books! The item "THE COMPLETE SET! NEW Magic Tree House Series Paperback Collection 56 BOOKS Lot" is in sale since Saturday, October 31, 2020.